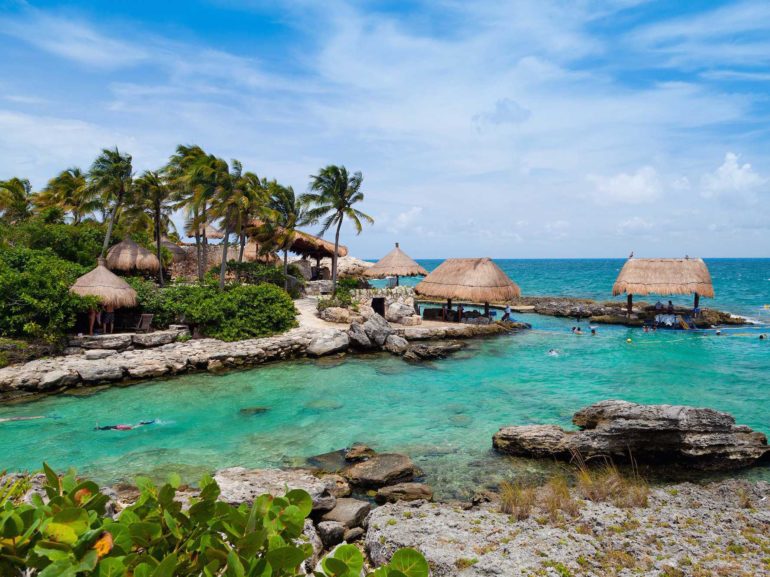 Mexico is well known for its varied and wonderful beaches. With sprawling coastline along four major bodies of water, the beaches of Mexico line the deep Pacific Ocean, the marine-life-rich Sea of Cortez, the warm seas of the Gulf of Mexico, and the tranquil Caribbean. While many of the well-known coastal cities such as Cancun, Cabo, and Puerto Vallarta offer luxury beach vacations Mexico also boasts miles of virgin coast with small boutique properties, adventure activities and quiet stretches of sand.

The currency in Mexico is the peso. The sign $ in Mexico generally refers to the peso, so prices quoted in US dollars should be written US$5 to avoid confusion. Credit cards are accepted in most places but having a supply of local currency in more rural areas is a good idea. Pesos can be bought in the US. US dollars are the easiest currency to change once in Mexico.

Mexico’s official language is Spanish. English is spoken in much of the tourist industry but having a few choice phrases of Spanish will always be useful especially in more rural areas. In some of the highland areas and on the Yucatan Peninsula you will also hear the indigenous languages spoken.

In Mexico there are two main seasons. Although there is some variation in temperature over the year, the most obvious difference is between rainy and dry seasons. The rainy season through most of Mexico falls roughly from May through September or October. During the rest of the year there is little or no rain. Don’t be discouraged from visiting during rainy season, when you’ll see lush, green landscape, as opposed to the dry season’s parched, brown landscape – and it often only rains in the late afternoons and evenings.

There are hundreds of daily flights linking Mexico to cities large and small throughout the United States with connections and non stop. A flight to Mexico from any city in the US is between 3- 5 hours.

US citizens need a valid passport to enter Mexico. The passport must be valid for at lease 6 months after travel and have at least one blank page.